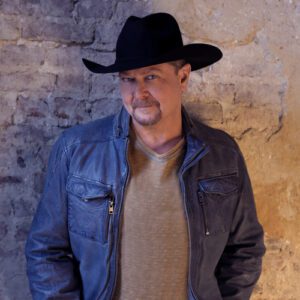 (Valparaiso, IN) Today we are happy to announce that Country Music legend, Tracy Lawrence, is coming to Downtown Valparaiso at Central Park Plaza, Home to the Northwest Health Amphitheater on July 1st, 2022!

Tracy Lawrence is one of country music’s truest traditionalists and this year he is celebrating his 30th anniversary in the Country music industry . His impressive catalog of timeless music has made Lawerence a mainstay in the genre selling more than THIRTEEN MILLION albums and charting EIGHTEEN No. 1 songs.

He has garnered numerous CMA and ACM awards and nominations, as well as a Grammy nomination. Commemorating his three – decade career in 2021, Lawrence is releasing three new albums which include all new music along with some of his favorite career hits.

Tickets are on-sale Monday March 21st for $35! Tickets can be purchased at: (HometownJams.com).