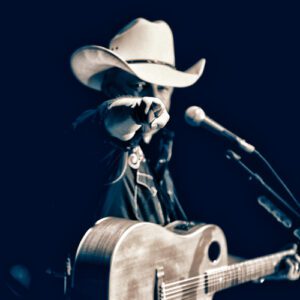 (Hobart, IN) Hometown Jams is happy to announce that country music legend, Mark Chesnutt, will be coming to The Art Theater in Downtown Hobart on October 22nd, 2021!

Neo-honky tonker Mark Chesnutt parlayed a solid grounding in classic country into chart-topping stardom during the ’90s. Chesnutt‘s debut album, Too Cold at Home, was released in 1990, and the title track became his first hit, climbing into the country Top Five. With a style that blended George Jones, Merle Haggard, and Bob Wills, Chesnutt went on to score four more Top Ten hits from the album: the number one “Brother Jukebox,” “Blame It on Texas,” “Your Love Is a Miracle,” and “Broken Promise Land.” By the time that string ran out, Chesnutt had finished his follow-up, 1992’s Longnecks & Short Stories. It gave him four more Top Five singles in “Bubba Shot the Jukebox” (one of Chesnutt‘s signature songs), “Old Flames Have New Names,” the chart-topping “I’ll Think of Something,” and “Ol’ Country.”

Chesnutt kept his hit-machine status going on 1993’s Almost Goodbye, which gave him three more chart-toppers in the title track, “It Sure Is Monday,” and “I Just Wanted You to Know.” 1994’s What a Way to Live offered the number one “Gonna Get a Life” and the number two “Goin’ Through the Big D.” Rollin’ with the Flow appeared in 2008, followed by 2010’s Outlaw, which featured covers of outlaw country classics. Chesnutt followed Outlaw six years later with Tradition Lives, his first collection of new original material in eight years.

Tickets go on-sale Friday September 10th for $45! Tickets can be purchased at: (HometownJams.com).