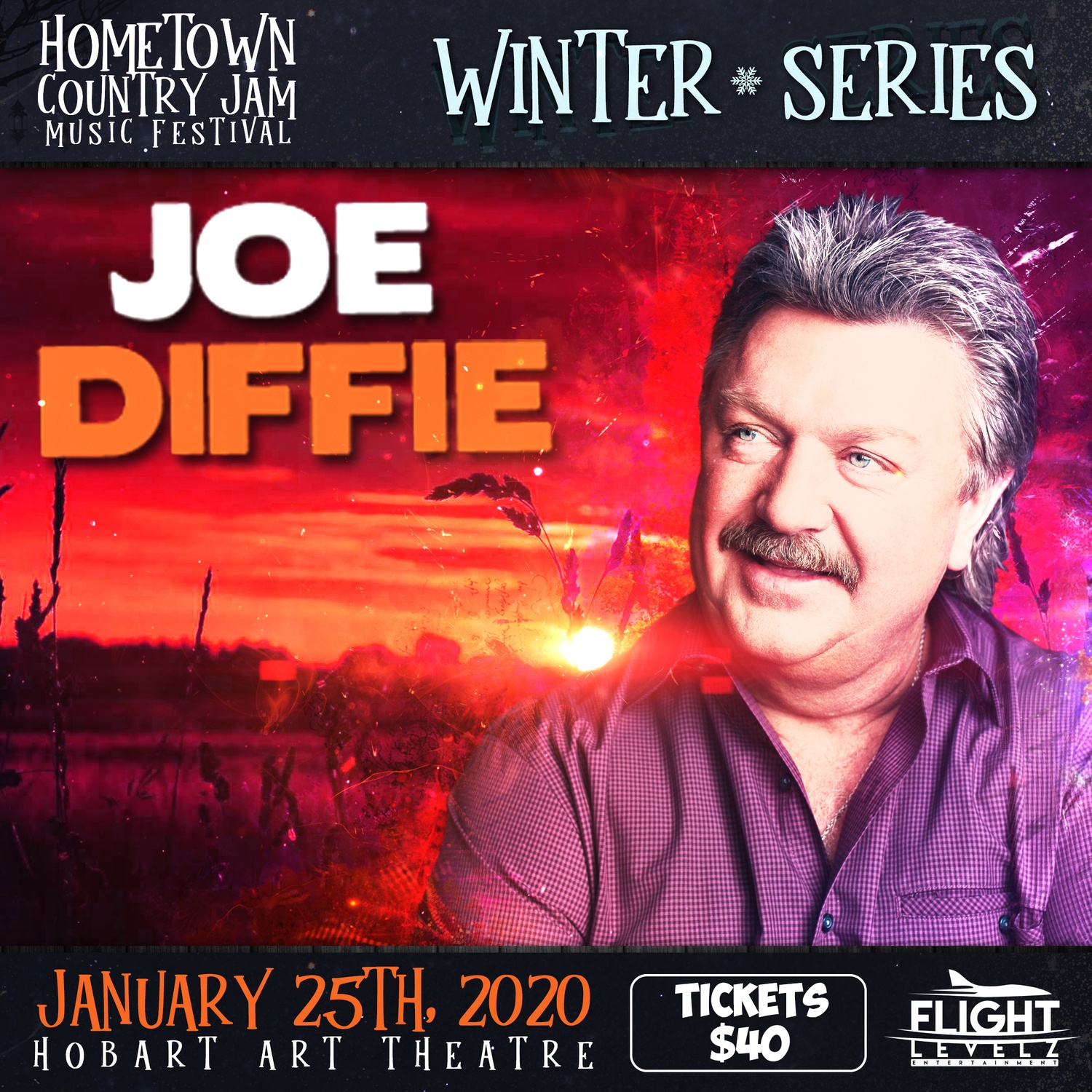 The beauty of country music is its ability to reflect the lives of its listeners, and few artists have celebrated life’s challenges and triumphs with more heartfelt eloquence than Joe Diffie. Whether singing about untarnished love in the enduring hit “John Deere Green,” the perennial appeal of “Pickup Man” or the heartbreak of dreams unrealized in “Ships That Don’t Come In,” Diffie’s songs have continually painted a portrait of real life with all its joy and angst.

“I’ve always loved well-written songs,” says the Grammy winner, who is just as skilled at writing hits as he is singing them. “There’s really no magic formula. I’ve just always drawn on my own experience whether it’s falling in love or hanging out in a bar. I feel like if I relate to it, other people will too.”

That simple barometer has served Diffie well throughout his career and continues to do so today with.the title track of his forthcoming album I Got This. The uptempo number proclaims what every man wants to say and every woman wants to hear: “Ain’t no load gonna get too heavy/Ain’t no bolt on this old Chevy I can’t twist/I can run the blade on a D8 ‘dozer//With the same hand I can pull you closer/Girl, if all you need’s a long, slow kiss, I got this.” Part mechanic and all romantic, Diffie exudes the good-natured charm that has made him one of country music’s most revered statesmen.

A native of Tulsa, OK, Diffie is a member of the Oklahoma Music Hall of Fame and has been a member of the Grand Ole Opry for 25 years. A star athlete in high school, he originally set his sights on a medical career, but his love for music won out and he began performing in a gospel group. He paid the bills by working in a foundry and later joined a bluegrass band before deciding to give Nashville a try. He got a job working in the warehouse at Gibson Guitars, but felt like he wasn’t any closer to making his dreams come true.

He was on the verge of moving home when a conversation with his dad changed his destiny. “The best advice I ever got was from my dad,” Diffie recalls with a smile. “He said, ‘If you don’t have a goal, you don’t have anything to shoot at. Do something every day towards your music. Write a song or play your guitar.’ I took that to heart and made sure I did something every day whether it was big or little. I remember getting out of bed one time because I had forgotten to do something towards my music. I actually got up, got my guitar and played for a few minutes and then went back to bed. I feel like that had something to do with the success that I’ve managed to achieve. I think it would apply in anything. I lived, breathed, ate and slept music all the time. I was so obsessed with it.”

That passion and dedication to his dream paid off. His first break came when Holly Dunn recorded “There Goes My Heart Again” and asked him to sing harmony. “I remember going to the mailbox one time and getting the first check from that song and was like, holy crap! I need to write some more songs! I hadn’t seen that much money in my whole life,” he laughs.

By 1990, Diffie had signed with Epic Records and released his debut album A Thousand Winding Roads. His very first single, “Home,” hit No. 1. He continued to dominate the charts throughout the 90s with such hits as “New Way (To Light Up an Old Flame),” “If the Devil Danced (In Empty Pockets),” “Is It Cold in Here,” “Prop Me Up Beside the Jukebox (If I Die),” “So Help Me Girl,” “Bigger than the Beatles” and “Third Rock from the Sun.” Jason Aldean paid tribute to Diffie and name-checked many of the veteran entertainer’s classics in his hit “1994.” The video featured Luke Bryan, Thomas Rhett, Little Big Town, Jake Owen and others paying homage to the man who influenced them.

“It was a nice shot in the arm and it’s amazing to me the impact that it’s had. A lot of fans are coming to my shows now to see who the dude is that Jason and Thomas are talking about,” Diffie says, noting that Thomas Rhett co-wrote the song and often plays it in his shows. “The really amazing thing is the fans know every song that I sing. We’ll go to a place and they’ll be a bunch of younger people and they’ll know every single word. Obviously, they’ve gone back and done some research or downloaded something. It’s pretty cool.”

Nevertheless, Diffie has trouble seeing himself as an elder statement because he’s just as active as ever. Most recently Diffie has teamed with producer Phil O’Donnell a.k.a. “Phillbilly” to craft I Got This. “Phil’s very inventive and is such a pleasure to work with. He has some unique ideas. He’s kind of laid back like me.” Diffie says. “He did a great job.”

With nearly 30 years in the spotlight, Diffie has no plans to slow down. “I love music. It’s just a part of me,” he says. “Retiring would be like cutting off my arm or something. I enjoy everything about it. The travel part gets old once in a while admittedly, but I love the fans. It beats working any day.”