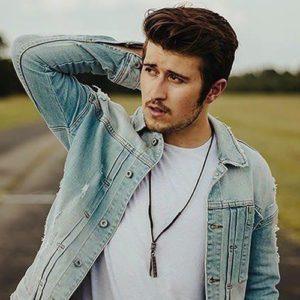 Dylan Schneider is wise beyond his years, especially when it comes to his songwriting. But perhaps even more impressive is Schneider’s ability and willingness to connect with fans on a personal level. “I used to freak out if an artist would respond or interact with me. It’s incredibly important to me that I do the same with my fans.”

A typical, small-town kid with dreams of playing baseball in the big leagues, Schneider’s direction shifted when he began listening to and connecting with country music. His love and understanding for music was instilled by his family, but his innate and seemingly effortless talent came out of nowhere. After receiving a guitar as an early Christmas present, he went to a meet-and-greet for country artist Brett Eldredge, who told Schneider, “keep playing until your fingers bleed – I believe in you. Never give up and always keeps jamming.” Though the early (and now signed) Christmas present soon took a safer place on the wall, Schneider’s parents bought him a second guitar, which he immediately took to playing relentlessly.

In high school, Schneider started a band with some friends. “It was fun for a while – but it became apparent my friends weren’t as into the whole music thing as I was.” Unwilling to relent, Schneider continued to pursue music solo. “I played out locally quite a bit. Playing acoustic sets for people was always much more fun than having a real job like most kids my age.” Schneider also began shooting cover videos for his YouTube channel and building his social following. “It was a slow build at first. But eventually my videos were getting 20,000-30,000 views each.”
‍
Schneider and his fans have taken over the country music conversation digitally, with a rapidly growing 130 million total streams on Spotify and over 50 million video views. Each release finds Schneider surpassing his peers and connecting with his listeners in a meaningful way, strengthening the foundation he has been building for years.

The progress was enough to catch the attention of Interscope Records (Billie Eilish, Madonna, Gwen Stefani) who proceeded to sign Schneider in 2017. After the release of single “No Problem,” GRAMMY Award-winning duo Florida Georgia Line joined forces with Interscope via their newly established Round Here Records to further invest in Schneider, offering him a support spot on their “Can’t Say I Ain’t Country” Tour. On August 23rd, Schneider released his latest EP Whole Town Talk.

As he continues to work on new music, content and tour dates for 2020, Schneider’s focus remains the importance of the fan.
‍
“When I write, I’m thinking, ‘how is this song going to sing live, and how will the audience react and identify?’ What I do, most importantly, is for my fans. My job is to connect and show them a good time.”